Rachel, my 8th grader, had to do a Chocolate Project (think science fair).  So that meant that Daddy and I got to "help."  Daddy designed the box after Rachel gave him the idea of what she wanted.  Then we printed and cut them on the Expression using Tags, Bags, Boxes & More.  It was a loooonnnggg Sunday.

Happy Scrapping
Theresa
No comments:
Email ThisBlogThis!Share to TwitterShare to FacebookShare to Pinterest

My baby turned 14 on Mother's Day.  She is a SpongeBob fan and so we made a simple two layer (yes, from a box, yes with store bought frosting, who are we kidding here) chocolate cake with cream cheese frosting tinted blue.  We  cut SpongeBob for the top and Patrick and the  pineapple for the sides.  We also cut Sandy, but broke her trying to move her and I was too tired by then to roll and cut another one.  We also cut a few pieces of seaweed for the sides.
All in all, for a first attempt I think it turned out ok. 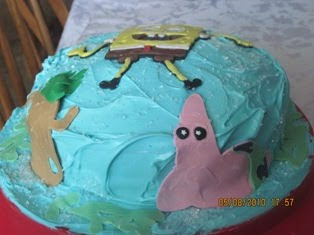 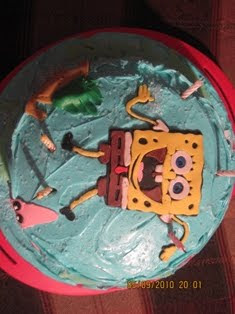 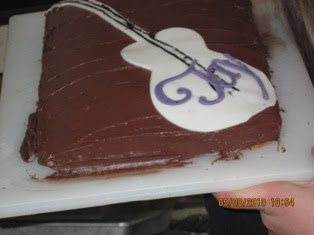 Taylor, my 15 yr old, decided she needed a cake too, so she used the Hanna Montana cartridge to cut a guitar, then she decided instead of doing the second layer, she'd just paint the strings on with black food coloring.  We cut her nickname out of one of the cake cartridges, sorry I don't remember which one. 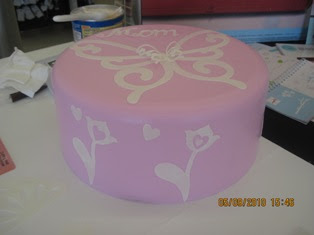 I had a demo on Mother's Day at Michael's so here is a shot of the demo cake that I did.

Happy Scrapping!
Theresa
No comments:
Email ThisBlogThis!Share to TwitterShare to FacebookShare to Pinterest

I wish you all a day filled with joy, love, and children who don't fight! (hehehe, you know that's what you are hoping for)
I hope you will take the time to watch the video in the link above.  It will inspire you and make your day so much brighter.
Happy Mother's Day to each and every mother.
Theresa
No comments:
Email ThisBlogThis!Share to TwitterShare to FacebookShare to Pinterest

My First Demo at Michaels 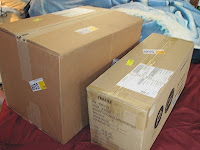 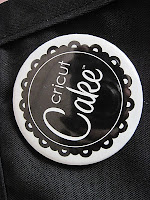 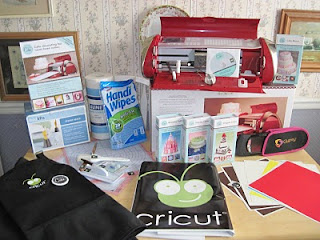 I received my demo kit (above) so, of course, I had to open it all up and lay it all out on the kitchen table. 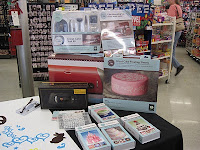 These are from my first demo at Michaels on Sunday. 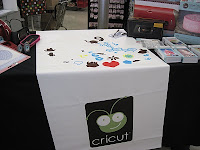 It went well and I can't wait for next Sunday to do it all again.
Happy Scrapping and Decorating those cakes!
Theresa
No comments:
Email ThisBlogThis!Share to TwitterShare to FacebookShare to Pinterest
Newer Posts Older Posts Home
Subscribe to: Posts (Atom)

I'm a card maker, scrapbooker and Cricut lover and this blog is for sharing my love of crafting as well as tidbits of my life. I hope you enjoy my blog. Please share your comments, I appreciate the feedback. 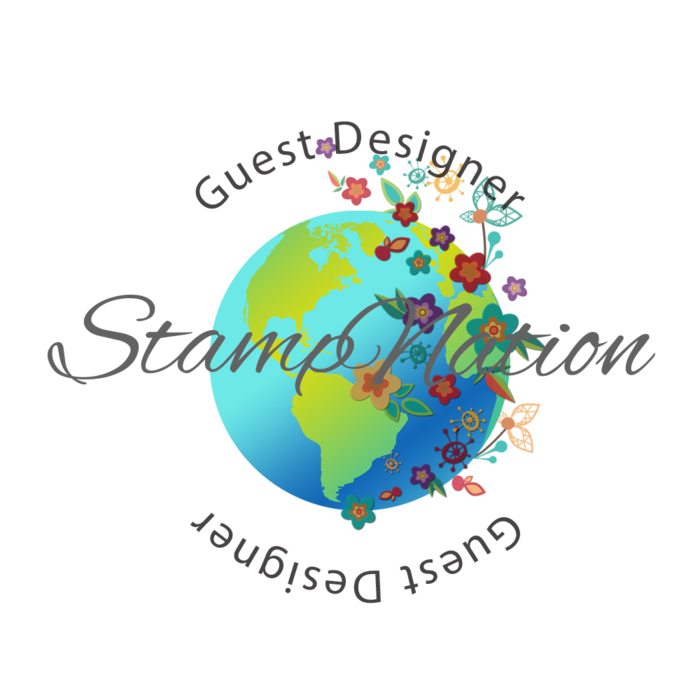 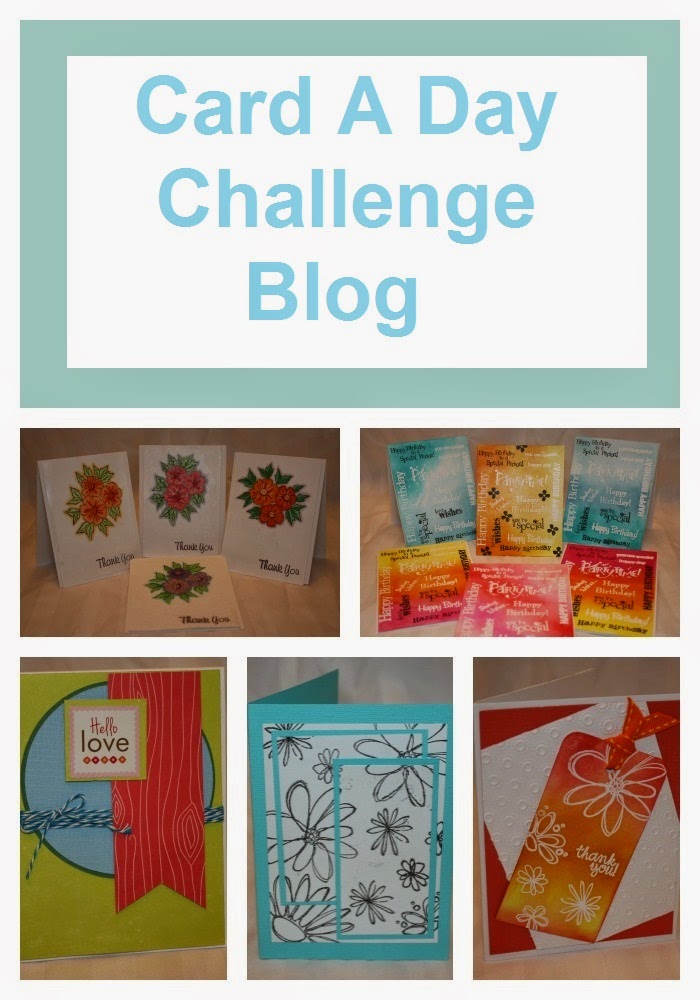 Please join me and the CADC Design Team for daily card inspiration.

Do you want to share your paper crafting with others? Do you want to be challenged to try new things? Then this is the group for you...join us on Facebook at https://www.facebook.com/groups/papercraftersswapsandsuch/ 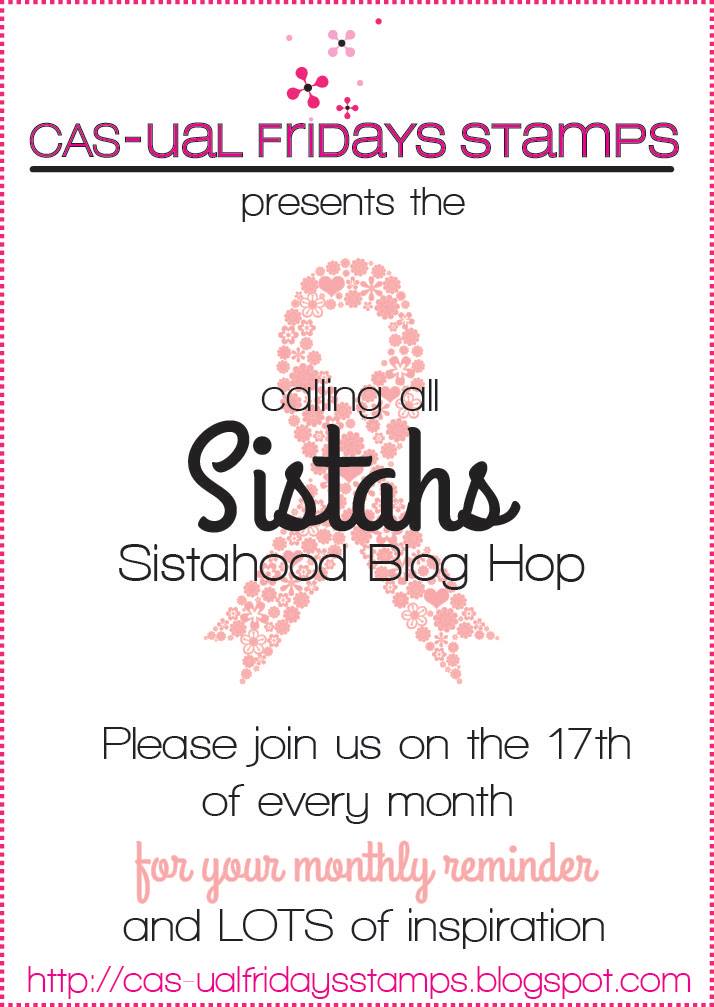 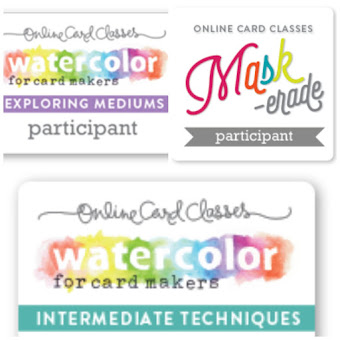 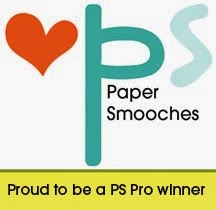